In trying to pick out op-amps for my other projects, I became more and more interested in them. There are so many choices, which one is right for your project? Working on the first iteration of the soldering station, I really did not have a good idea of which op-amp I should be going with, building on the existing schematic. I recall the author talking about a “junk bin” part; basically a part that was just laying around and that would do the job. I didn’t have the specific part that they used. So with a little looking into, I decided to buy some tried and true (old) op-amps; the lm741. It seemed to work fine in the first iteration of the soldering station, so all was well. As buying electronic components in bulk isn’t usually expensive for older items, I was left with quite a few lm741 op-amps. Maybe another project would come along where I could find a use for them.

I’ve had an electric guitar for decades, which gets little use at the present moment, especially now that I live in an apartment with other units. Looking into op-amps and which ones I should use for upcoming projects, I ran into a schematic that used the lm741 as a guitar headphone amplifier. Since I had some laying around, I tested the circuit out on the breadboard. It worked after a few modifications of the schematic, so I thought I’ll spin up a board and 3D print and enclosure for it, and run it on a 9v battery. 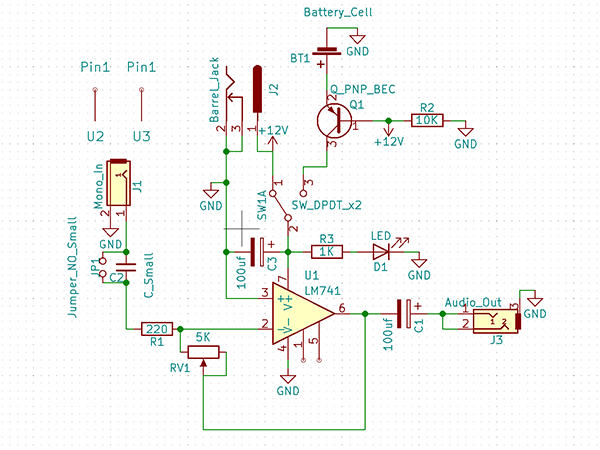 Besides being able to power the amplifier from a 9v battery, I decided I’d like to be able to power it from a DC barrel connector as well when convenient. The plan was to have the barrel connector override the 9v if plugged in. My initial design did not work perfectly, and the current schematic is untested. With the lm741 supporting a 22 volt supply, I was unworried about power supply selection. However that is something to keep in mind if trying another op-amp. 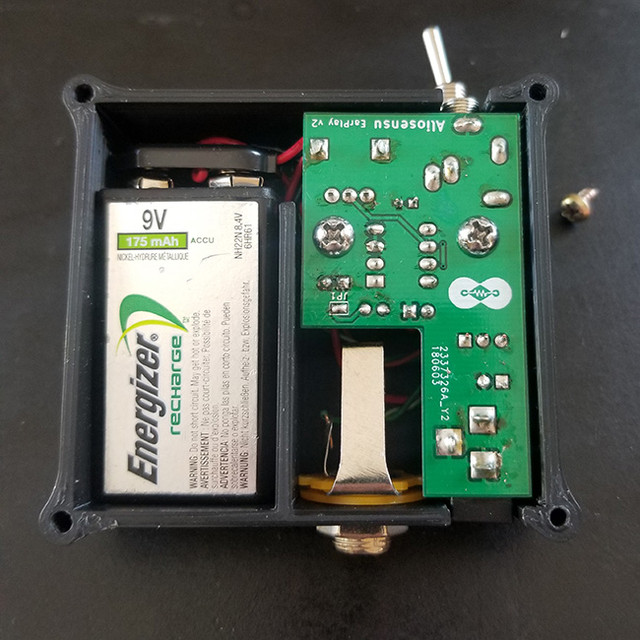 The volume is adjustable via a single turn potentiometer, and gets loud enough for my uses. Of course the output is mono, but available in the right and left channel. Some ceramic input caps used in the original schematic seemed to cause problems, so I decided to add some jumpers to the schematic to bypass them, which in practice is what I had to do. 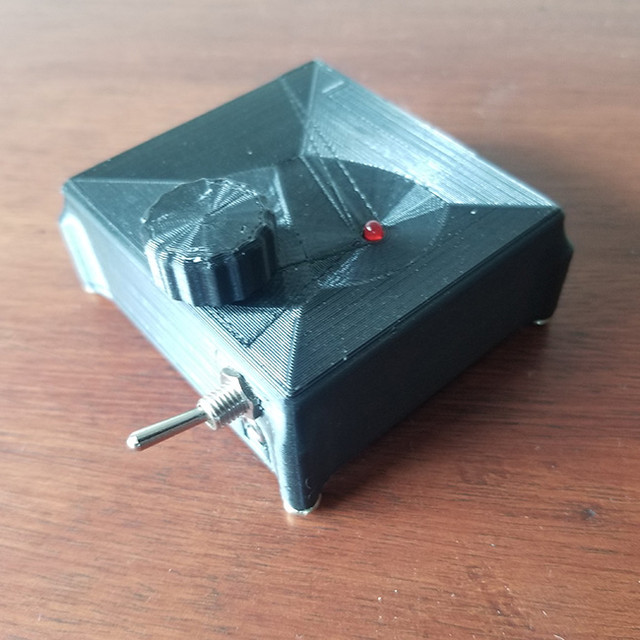 If interested, the enclosure for the amp is available on Thingiverse. Just search for Guitar Headphone Amp.