While the Atmega328 has enough processing power for many applications, sometimes you need a bit more. While trying to drive OLED displays, and run various other time sensitive tasks, you can come into performance issues. A faster chip, that is also supported quite well by the open source community is the STM32 family. There is a low cost development board that features the STM32F103C8T6 dubbed “The Blue Pill”.

After familiarizing myself with the chip, I decided to create a small board which featured it. While this project was more of just a way to demo the STM32 outside of the Blue Pill environment, it also aimed to add a few features to an old board. One of the first PCBs I had made in a board house was a USB temperature sensor board. It worked well for what it was intended to do, but it fell down in one area; there was no on board display, so temperature had to be recalled through USB serial port. 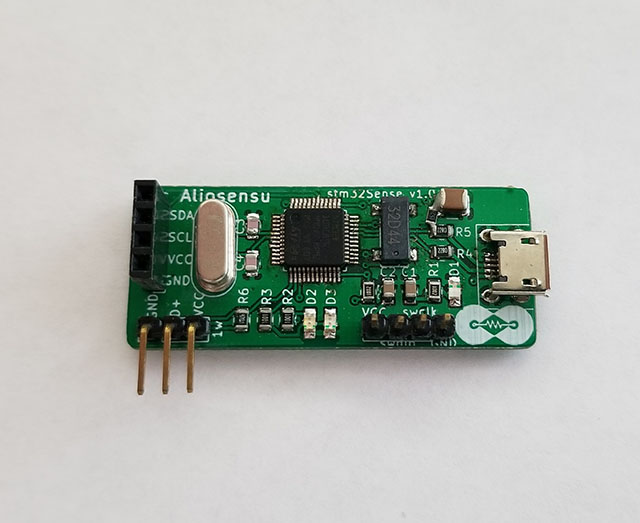 This board would feature the possibility to add a small OLED display for temperature display, as well as access to the same program available with the first board via USB serial port, ideal for temperature logging. 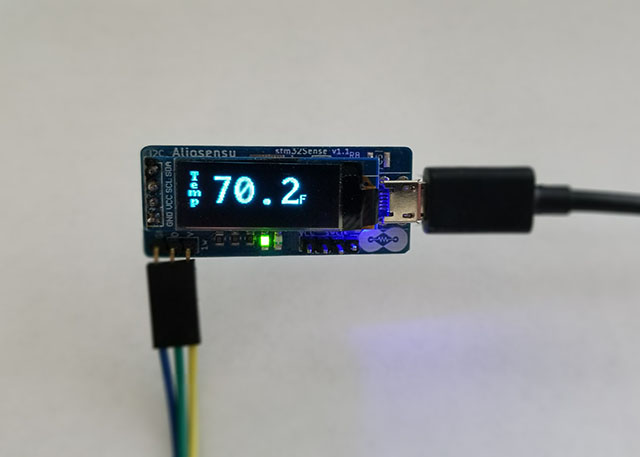 The outcome worked well except for a couple problems related to the USB serial, where I forgot a pull-up resistor, and additional pull-up resistors for the display. This was fixed in software, but ideally would be fixed in hardware to uncomplicated things. This board would pave the way for using the STM32 in other environments; coming soon in other designs.