After completing the JBC soldering iron project, and buying a few expensive tips for the iron handle, I decided, after a friend mentioned the lower cost of the Hakko style soldering iron tips otherwise known as cartridges, that maybe it’d be a good idea to buy another soldering iron handle, and try out the T12 style tips as another low cost alternative. I found a nice looking iron and a few tips on Ebay for a fairly low cost, so I went ahead and ordered them. When they arrived, I almost immediately realized that the cartridges were two terminal devices, unlike the JBC cartridges which have three terminals. I should have looked into this earlier, but now clearly things weren’t going to work out of the box as I had imagined.

So I had two options, admit defeat and place the new items in drawer somewhere for the foreseeable future, or try and come up with a design to power the new cartridge type. I decided to go with the latter almost immediately. The main problem with using the new cartridge type with my current controller is that AC power is used for the heater, which is fine, because the heater power is isolated from the rest of the controller circuitry. Here on the other hand, this wouldn’t be possible. I decided to make some modifications of the current controller (a spare). I added a full bridge rectifier before the heater input to the board, thereby creating a unbuffered AC component. In this way zero volt switching could still be used, and the negative could still be referenced to DC ground used by the logic portion. Along with some bodge wires elsewhere on the board, I was able to get the T12 style cartridge working with basically the same controller and code. Because this board didn’t need to be powered by two isolated supplies, I decided to add room for a switch mode power supply daughter board, in case one wanted to use a transformer with a higher voltage than the linear regulator circuitry would allow. This was possible because of another change, using a single supply with the op-amp. So now time for the fun part, spin up a new schematic and board! 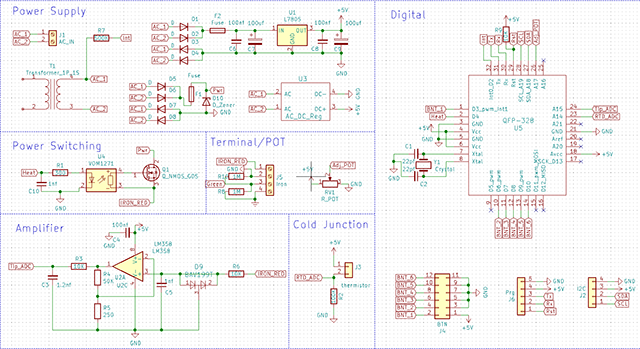 Somehow, when the boards arrived, they just seemed to work. No hours debugging and figuring out what I did wrong, which is always very welcome. 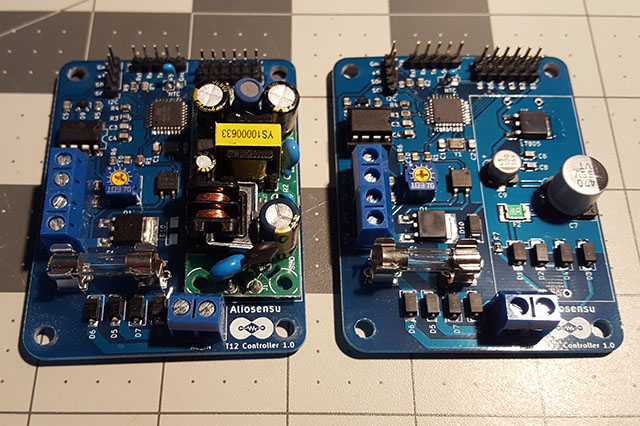 For this station, I decided to go with a new display type. There are pretty nice, but small 128×64 OLED displays available online. Although smaller than the last 16×2 display, they can display a lot more detail, so I decided it was worth a try.

Someone had given me a 35v transformer good for around 100watts, so I decided because of its size, it’d be optimal to use. I 3D printed some brackets for it, and found its mounting holes corresponded quite nicely with the ones of my board. I decided to print a few more brackets and mount the board to the transformer to save space, after observing no ill effects from EMI. 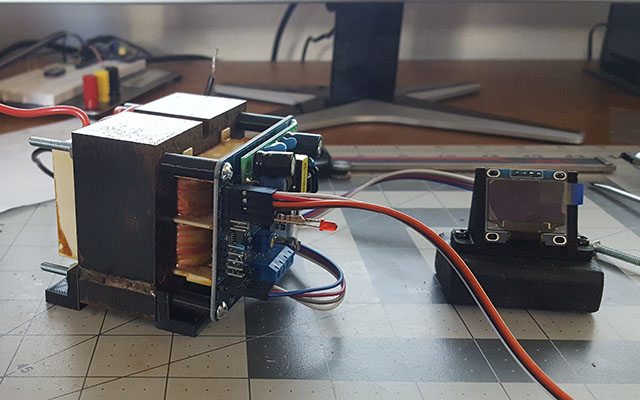 Although I liked the way the last soldering station case turned out, it was 3D printed, and I thought it was a bit on the large size, and wanted to reduce the size of this station as much as possible. Also, it’d be a plus if it didn’t take several days to print. It is a fairly simple design, but a lot of attention has to be paid to make sure everything fits the way it should. Having to trash prototypes that take tens of hours to print is not fun. 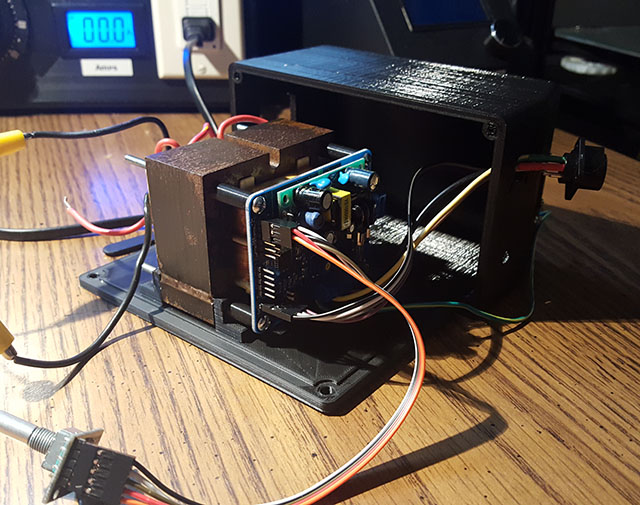 All in all, it the project turned out pretty well. The T12 cartridge types are generally smaller, and more power limited, which makes them ideal for cost effective mico-soldering. So, I ended up with a nice setup, the T12 station near the microscope for soldering small stuff, and the JBC on a separate table, there to tackle larger jobs, where it can figuratively pour a ton of heat into its work. 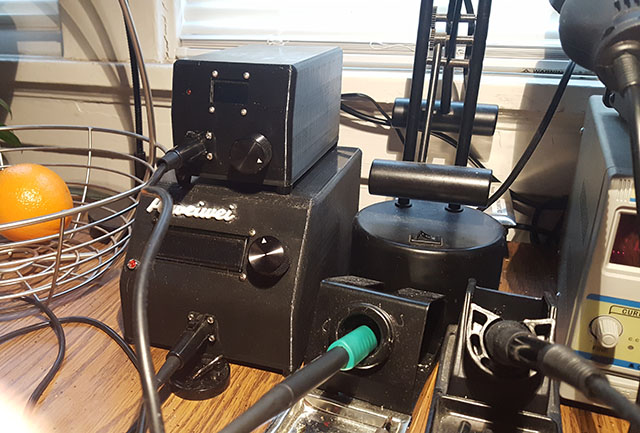 I’ll release the source code here at a later date, it is quite similar to the JBC station, but there is some fine tuning I want to look into.